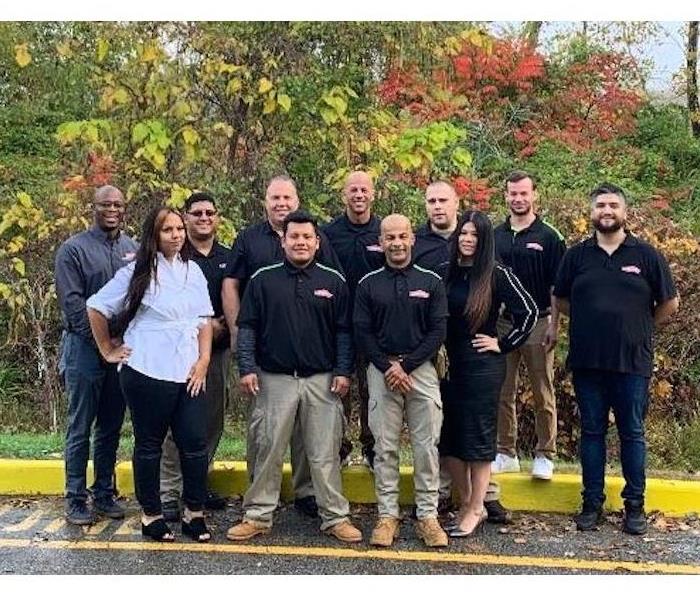 SERVPRO of Fort Lee values their community and is waiting for your call if you need assistance.

SERVPRO of Fort Lee Can Correct the Moisture Problem and Restore or Replace any Damaged Materials.

The borough of Fort Lee, New Jersey, runs alongside the Hudson River on the East Coast and above the Palisades. During the American Revolutionary War, this borough was a crucial military outpost, which is where the name Fort Lee comes from. But this corner of the United States has remained at the forefront of consciousness through the 20th and 21st centuries. It was the site of America's first film industry with Edison's "Black Maria" film studios alongside nearly twenty other modernist, independent film production companies. Today the 35,000 plus people living in this part of New Jersey are a cosmopolitan, waterfront community that acts as a connecting line between Manhattan and Washington Heights.

Modern-day Fort Lee has a diverse main street that is full of food from across the globe. Residents and visitors can take their pick from Korean, Japanese Sushi, Italian Eateries, and traditional American cuisine. Once you have stocked up on energy, it is well worth making your way out to Constitution or Firemen's park to take in some of the scenery. For the more experienced walkers, the Palisades Interstate Park provides a range of hiking trails and views over Manhattan, the George Washington Bridge, and surrounding Bergen County. Every year the close-knit community gathers together to watch the lighting of the tree at the Community Center. Fort Lee is a small borough with a long history and a big future.

Monument Park is one of only two parks in America dedicated to those who fought in the American Revolution. The other park is in nearby Brooklyn at the Continental Army Plaza. The grounds on which Monument Park is based was initially an encampment for armed forces fighting under George Washington. A revolutionary war monument and a time capsule were placed in the park, which has over 33 acres of greenery. The park was put together in 1908 by the Daughters of the American Revolution. It is only the Fort Lee Museum's home that contains exhibits on the defense of the Hudson River against British forces and the 2,600 soldiers stationed in and around Bergen County.

Tropical storms form as the result of high-pressure vectors through the combination of warm and cold air. New Jersey residents must practice storm preparedness throughout the year to ensure they are well-equipped to deal with the stormy season that typically runs from the1st of June to the end of November. Many of these tropical storms begin in the Caribbean before making their way across the Atlantic to the East Coast. Among the chief concerns for residents are storm surges, which can lead to Hudson River overflows and flooding in Fort Lee and surrounding areas like Staten Island. Hurricane warnings are usually issued within twenty-four-hours of impact, which is why New Jersey residents keep storm preparedness kits containing medicine, battery-operated radios, and essential documents in case of an emergency.

SERVPRO is Can Perform Expert Mold Remediation Services for Residents of Fort Lee Throughout the Winter Months.

Mold spores are ever present in indoor environments and, most of the time, remain invisible. However, in the presence of excess water, correct temperature, and organic material, these spores can grow hyphae and begin to reproduce. The full-cycle of a mold spore to a full-colony can be between 48 and 72 hours in ideal conditions.

The presence of mold colonies can be damaging to both your home and contents. Most molds use enzymes to breakdown and digest organic matter. Over time, this digestion process can cause permanent harm to semi-porous items in the home. Items like hardwood flooring, drywall, and upholstery use porous or semi-porous materials that can become so infested with mold that they need a full replacement. SERVPRO can provide expert mold remediation technicians to your property to correct the moisture problem and remove contaminated materials.